On a conscious level, I was not worried about today at all, not from the perspective of actually getting the vaccination. As always I had a slight apprehension about going somewhere new and hoping my Fibromyalgia would be behaving as it was something I had to do and couldn’t just rearrange, like the currently non-existent social events.

Thankfully Michael and I were both booked in together (technically 30 minutes apart but they said we would be seen at the same time, which we were). Everything seemed to be organised well, the staff were friendly and helpful. Although we had a short queue outside we missed the rain and once we were in the building it was mere moments before we went into the cubicle.

They were set up with couple-cubicles so if you were together like us we sat opposite each other. I went first to get it out of the way and I scarcely felt it, it certainly didn’t hurt. Then Michael had his jab and I sat there and that familiar sensation came out of nowhere and washed over me. That whole I am going to faint vibe.

My colour must have changed rapidly because the nurse looked up and asked if I was alright and I had to admit, no, I think I am going to faint. Bless them, everyone lept to action. The administrator in the cubicle dealing with the paperwork was dispatched to get me some water, the nurse yelped for help. I don’t blame her I am no lightweight if the worst had happened.

A young man had beaten me to the fainter’s bed so they decided to put me (squash me, I’ve never seen a wheelchair so narrow!) into a wheelchair and push me to the entrance. Thankfully, as soon as I said I felt faint they said to take my mask off, they were all masked up so it was fine. It always seems strange to go drip white but to be hot and sweating at the same time.

Once we got to the doorway Michael had to nip to the bathroom and a member of staff stayed with me until he returned. They advised that I should stay there for fifteen minutes to make sure I was fine.

While I was sitting there, the young lad who beat me to the fainter’s bed came walking past on his way out and caught my eye and said you too? I nearly hit the deck. An older couple who had gone to their car and waited fifteen minutes before driving came back in because he was feeling faint too - so I guess this is a common event.

After the fifteen minutes, I was feeling quite a bit better by then but the nurse said she would wheel me out to the car. (Michael brought the car closer for this). I’m guessing this was because of the Fibro as the young man walked out. By this point, the arm that received the vaccination was already starting to ache, but that happens after the standard flu jab.

It was recommended that when I go for my follow up jab in June I tell them what happened and ask to receive the jab lying down. That should make things easier.

But however bad this felt, I am still grateful I have received it and will happily rock up for the second dose, in fainting preparedness mode. Strangely enough, I hadn’t even given fainting a second thought. That is usually what happens when blood is taken, not things injected in. Michael said afterwards, he was pretty much expecting it. I guess he really does know me almost better than I know myself! 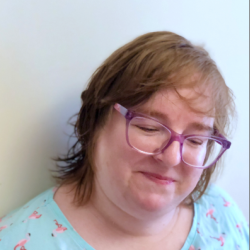